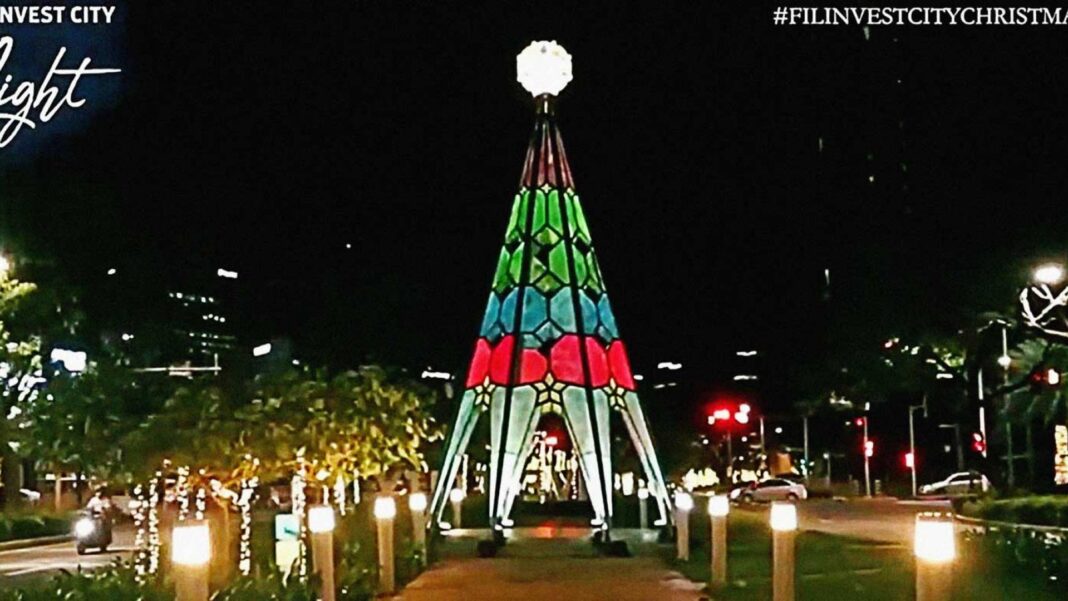 13 Tips To Remember When Life Gets Rough

Muni-Muni: 8 Best Parks In Manila For Your Mental Health Break

The on-going global pandemic did not stop Filinvest City from making the Christmas season more joyous and meaningful as it recently held its “Be the Light” virtual event, making the community still feel the wonderful holiday vibe even in the comforts of their own homes.

Kicking off the celebration by paying tribute to frontliners and modern-day heroes, Filinvest City’s Be the Light show highlights the true meaning of Christmas — giving thanks, sparking hope, and continuing to inspire possibilities as we all look back at the last few months of community quarantines and unprecedented changes.

“The year 2020 has made us focus on what is important—the people who matter to us and those who make a difference in the community,” noted Don Ubaldo, Filinvest City vice president for townships. “That is why, this year, we dedicate our Christmas celebration to the people in the frontlines. They are the people who made this celebration possible. With this gathering, we want to inspire everyone that all of us can be the light this Christmas season.”

Filinvest City further encouraged the community to be the light and always look at the brighter side as it hosted a Christmas video-making online contest dedicated to community frontliners. People from the community, who want to showcase their talents in video-making, storytelling, and production, joined the contest and shared stories of inspiring workers in Filinvest City.

During the event hosted by Sam YG, contest winners were announced … Angela Pangilinan, a Muntinlupa resident and professional digital marketer, won the top prize with her video which told the story of the determined, long-time security guard, Arnel Pastor. Her entry was also dubbed the People’s Choice Award for having the greatest number of shares on Facebook. Pangilinan took home a total of ₱25,000 in cash.

Meanwhile, finalist Justine Sarmiento, an HR Manager from Sucat, received ₱15,000 in cash with the inspiring quarantine story of John Christian Bantug, housekeeping personnel in a condo in Filinvest City. Lastly, receiving ₱10,000, Precious Joy Matorre, a frontliner herself from the Research Institute for Tropical Medicine (RITM), dedicated her entry to Queency Reyes, a medical technologist in RITM. The frontliners featured in the winning entries also received a ₱5,000 worth of Noche Buena package from Filinvest City.

The show also featured musical performances from some of the country’s biggest OPM bands. Fans were able to sing along from their own homes as Silent Sanctuary, Gracenote, and Sandwich performed Christmas songs and some of their respective hits including “Ikaw Lamang,” “It’s Okay to Not be Okay,” and “Betamax.”

Filinvest City is known to be the go-to Christmas destination in the metro south and it continues to light up the garden city this year amid the pandemic. Viewers of the show were able to catch glimpses of the holiday decorations all over the township, including the dazzling lights and the 30-foot Christmas tree at the Spectrum Linear Park. And in light of honoring today’s heroes for their courage and sacrifice to serve and protect the community, Filinvest City unveiled its official tribute video to frontliners featuring the song “Kaleidoscope World” by Francis Magalona.

Through the Be the Light virtual event, Filinvest City aims to not only spread even more joy and inspiration this season, but also to initiate a movement that will leave a significant impact on the community as the world navigates through these trying times.

Rewatch clips from the “Be the Light” Christmas event by liking and following @FilinvestCityOFFICIAL on Facebook. For more information, visit www.filinvestcity.com.