Is it really a good morning when you wake up to the loud argument going on next door? She’s been at it for more than an hour, berating someone on the phone. As always, why can’t she do it away from the window?

Ate Gurl is speaking in quick Visaya so I can’t really catch why she is angry this time. It seems that someone has done something she considers stupid and should have done something else instead. Towards the end of her loooong call, she started laughing, so I guess their issue was resolved. Good for them.

In the meantime, it’s too late for me to go back to sleep. 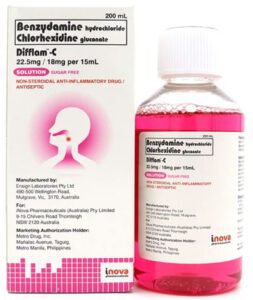 Down my throat, the skirmishes have subsided (yey Difflam even if your strawberry flavor tastes awful). There are only a few acts of terror going on — a few itches every now and then. I’m also still coughing but no more phlegm. I hope my salabat honeymansi mix will do the trick. In the meantime, I’m croaking now instead of squeaking.

Now to deal with dysmenorrhea… #whenitrainsitpours

Right outside my door, the sentient clouds are still on vigil. Pogi asks for scritches to which I oblige because my fluffy sentinel is too cute and I need him to do his job keeping Yema from crossing the threshold. When his throne is occupied by my food tray, he stays on the small stool on the side. Today, he greeted me with meows and it seemed he had a lot to say.

Ginnie Faustino-Galgana
Ginnie aka Kasuy is a woman with many hats. She is an educator, a licensed nurse, "certified" cat lady, and a poet at heart. 😀